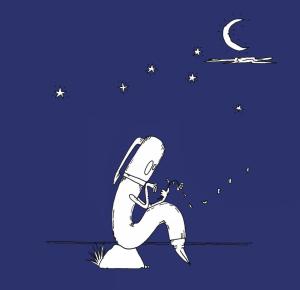 When John first ran the idea of Pen by us, I couldn’t fully grasp what he was trying to achieve there, yet he was so passionate about it that I knew there must be something more to it, and as I listened on I started to get really impressed realizing that he had some big plans for that platform which is built around a very simple concept: telling stories

Who doesn’t have a good story to tell? You know, things you think about when you’re walking down the road, when you first open your eyes in the morning, ideas we think are stupid and not worth sharing, funny encounters, embarrassing situations, run-ins with strangers that make us discover new things about ourselves and about life.

Pen is a place for all that; it’s a place for all of us. It’s a place for untold stories to be told. It doesn’t matter if you tell it in two lines or in a thousand words, if it’s in Arabic or in English, if it’s about a supreme universal value or just about a grasshopper you spotted in the garden. It doesn’t matter if you’re using your real name or writing under a name like “The Clumsy Squirrel”. In short, Pen is a place to shed the light on a new generation of writers, specifically in the Arab world, and much more than that.

So, if you have a story to tell do share it with us, and don’t just say that people won’t be interested in hearing about your deep thoughts and personal endeavors; we’re people, we like to know how other people think and the things they experience.

Who knows? You might even win a brand new Kindle Fire. Yes, we’re giving that away to the best story submitted to Project Pen by June 1st.

I’m not going to say free your pen, which is Pen’s motto, as your pen might already be free, I’m just going to say: give it a whirl, let it run wild, you’d be surprised what it might have to say.

Like Loading...
Few days ago I saw a documentary about Naji Al-Ali, and I don’t think I need make an intoduction here, it suffices to say Handala, and the famous Palestinian cartoonist comes to mind immediatly.
Naji Al-ALi made a revolution in Arab journalism and more specifically in the way political cartoons dealt with the ongoing events in the Arab world. Naji Al-Ali dealt with criticism from another angle, by criticising the Arab stance on the Palestinian cause and putting the blame on them for what was going on in Palestine.

Meet Handala. Handala was born at the age of 10, and he will always be 10. If you are wondering why he’s always giving you his back, he’s not. He’s just looking back at Palestine in his way out, forced.

Handala represents the new generation that inherited the agonies, suffering, failures and isappointments of the previous generation. He represents the human conscience that aches for the suffering of others, the heart that bleeds for the agonies of his brothers, the rebel that defends the right, and stands up to the wrong. Handala represents whatever good that is left in us, that will always be there, and the hope that never dies.

كاتم الصوت or “The Muffler” was the symbol Naji Al-Ali created to represent those who try to suppress the voices that rise against tyranny. The same muffler by which Naji Al- Ali was assassinated on the 22nd of July, 1987, on his way to deliver the daily cartoon to Al-Qabas newspaper in London. He was admitted to hospital, where he passed away 40 days later.
In the documentary, they showed some cartoons done by Arab cartoonist in the memory of the assassination of Naji Al-Ali. One cartoon in particular moved me incredibly; in fact it was the reason that prompted me to write this post. I looked it up on the net and I was not surprised as much as impressed when I found out that it was done by Imad Hajjaj. Makes it clear how courage triumphs over cowardice, and the real meaning of “to live”. The cartoon speaks for itself:

“Here rests the muffler, and Handala lives on”
To know more about Naji Al-Ali and  Hadala, check out Naji Al-Ali’s official website
Originally posted on Tuesday, February 06, 2007 on  http://oeliwat.jeeran.com/archive/2007/2/153427.html

This is a painting by Claude Monet, the French artist. It is one of my favorite paintings… I don’t know what Monet wants to say exactly through  this painting or through the mills in i, but mills means a lot to me…
Well, art can be interpreted in different ways and all of them could be true. As a student of literature, I see the mill as a symbol of human’s fears… the things hidden in our sub-concious, things we are afraid of and trying to get over.
I don’t  want to talk to much, I think it’s better to observe the painting and feel it, everyone through their own eyes and their own experience.
Orignally posted on Wednesday, February 08, 2006 on http://oeliwat.jeeran.com/archive/2006/2/19777.html

Check out my books

I was born... then things got complicated

Previously on the Cinnamon Zone…